We want to assure you that we will continue to listen to our experts’ opinions and implement their strategies, believing that this will give our community  the best chance to win each battle in this war against ClubLink.  Here are the facts. 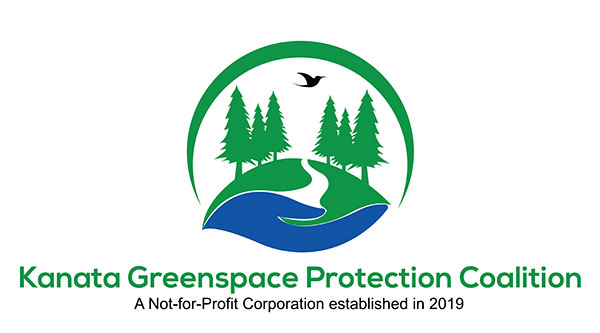 A very busy week before the Holiday….to end a busy few months

We started the week on Monday with a wonderful Holiday Un-Dinner Event.  A huge thank you to the Brookstreet Hotel and their incredible team  for the generous sponsorship of our dinner.   We raised over $8900.   Chef Lyness’ four course meal was fantastic and our online entertainment featuring  Michael the Magician and YukYuk’s comedian David Brennan were great fun.

Given Covid-19 , it may not have been your usual festive party.   But, the event certainly did help the Coalition replace some funds spent on an ongoing and interesting ‘paper chase’ over the past six months.  Let’s bring you up to speed.

Where did this come from? Councillor Sudds released an email update on Friday which seemed to suggest that the KGPC was attempting to introduce new evidence on the 40PA matter quite out of nowhere and also concluding that the activity would somehow delay the decision on into 2021 as a result. Some of our supporters were left very confused and, as a result, our  inbox filled and the calls plentiful.  To clarify, we will try and explain an important background issue that has been on the Coalition’s plate for the past six months.  By doing so, we also want to assure you that we will continue to listen to our experts’ opinions and implement their strategies, believing that this will give our community  the best chance to win each battle in this war against ClubLink.  Here are the facts.

The City failed to submit a complete application record to the court in February 2020.

The 1987 Concept Plan (Plan), a map of the proposed Kanata Lakes community which included the golf course lands, was one of two key documents referred to in the 1988 portion of the 40 Percent Agreement (40PA).  However, it was omitted from the 40PA documents the City submitted to the Court at the start of the hearing process last February.  Our lawyers became aware of that fact as they prepared for the rescheduled July hearing date and asked the City’s legal representatives multiple times before the hearing for the missing document.  They were told it could not be found.  When the Plan was raised during the hearing, Justice Labrosse asked about the document.  Our lawyer repeated the City’s message… it could not be found.

After the hearing, our lawyers felt the document could prove important and explained their concern.  If in hindsight, the reasons of Justice Labrosse on the validity of the 40PA somehow hinged on his inability to consider the Plan as evidence because it had not been part of the hearing record and, there was to be a future appeal of his decision, the rules of evidence at the Ontario Court of Appeals could prevent the Plan from being introduced at that future date.  Our lawyers suggested a search to find the document in an effort to submit it before the court rendered its decision.  We started searching website, archives and libraries.

The Coalition found the missing Concept Plan in October.

To one of our many dozens of document requests, a Beaverbrook resident responded with documents from the 2005 Ontario Municipal Board (OMB) community appeal against the City and  KNL Developments land development at.  We found the Plan which had been submitted as part of a sworn affidavit to the OMB hearing, however, it was not perfect.  It had been separated from the original affidavit when stored electronically on a computer and was a small copy to read.

Nonetheless, we pursued agreement from ClubLink and the City to submit the missing Plan to the court.  They disagreed through multiple weeks of emails and calls suggesting that we were trying to introduce evidence contrary to our limitations as an intervenor, failing to acknowledge the fact that the document was an omission of evidence by the City.  Predictably, ClubLink opposed our efforts outright and, interestingly, the City would neither oppose nor consent to our action.

The Coalition found the Concept Plan again… in November.

We kept searching.  In November we confirmed the entire document ( affidavit with Plan) was in the OMB archives in Toronto, however, ongoing Covid-19  restrictions would continue to delay our ability to obtain it.
Meanwhile, the court indicated the 40 PA decision may well be available at month end.  Our lawyers intensified the ‘wrangle’ to get agreement from both parties before our window of opportunity ahead of the court decision closed.  In mid-November, the City’s lawyers informed us they had now found the missing Concept Plan and our copy of the affidavit with Plan was not required.  The judge by this point was involved in a four week criminal trial.  He turned his attention to our case in early December requesting written submissions from all participants.  The Coalition  submitted our written position on December 8.  The ClubLink submission continued to oppose the admission of the Plan and, the City made no submission at all.

Finally, a case conference was called last Wednesday, December 16 by Justice Labrosse where he suggested a possible process for consideration by the parties and by Friday morning December 18 , ClubLink and the Coalition were in agreement as to a process for review of the Concept Plan.  The judge agreed.  The City did not oppose.   Justice Labrosse is now reviewing the Concept Plan and considering its relevance.

What should we expect next?

In closing, it remains unclear to our legal counsel to this day why both parties (City and ClubLink) were unwilling to address the issue of the missing evidence to the timely benefit of everyone.  Regardless, after six months of volunteer effort and significant legal costs, the document which should have been in front of the judge last February is in his hands now.

Stay the course.  We wait alongside you for the 40PA decision.   We’re in this together!

Before we go…. RADON!

Marianne Wilkinson, our former Ward 4 Councillor, put a great deal of effort into community education a few years back about the risk of radon toxicity in our homes.  Kanata North is a higher risk area for radon due to the high concentration of bedrock under our community.  Blasting bedrock proximal to homes may increase the risk of damage to the structure and is one way to allow for increased radon seepage.  Many of you have raised concern regarding radon contamination with the proposed development of the Kanata Golf Course lands.

The Coalition has heard from Karen Sommerville of Canadians for Properly Built Homes (CPBH) which has an informative website including a spec sheet specific to  radon issues.   They have a wealth of information about testing and remediation for toxic levels.  They are also currently offering  a program with an investigative team interested in working with homeowners who have tested their home and found radon levels in excess of 200 Bg/m3.  It is tentatively expiring in March 2021 but it is still open for participants.  While the Coalition will continue to work diligently to prevent blasting on the Kanata Golf Course lands and increase any homeowners risk for radon toxicity, it is prudent to ensure you identify and address any risk to your home and family if you haven’t already.

We have  lots of great stocking stuffers available on our website  in plenty of time for the Holidays.  The elves will deliver free of charge!

We hope this busy edition of our E-News was informative.   We’ll be back to you this week with the news from Justice Labrosse and his decision regarding the admission of the Concept Plan!
We may even have a 40PA decision in time for 2021!

Stay safe as you prepare for the Holidays.
We’re better together!